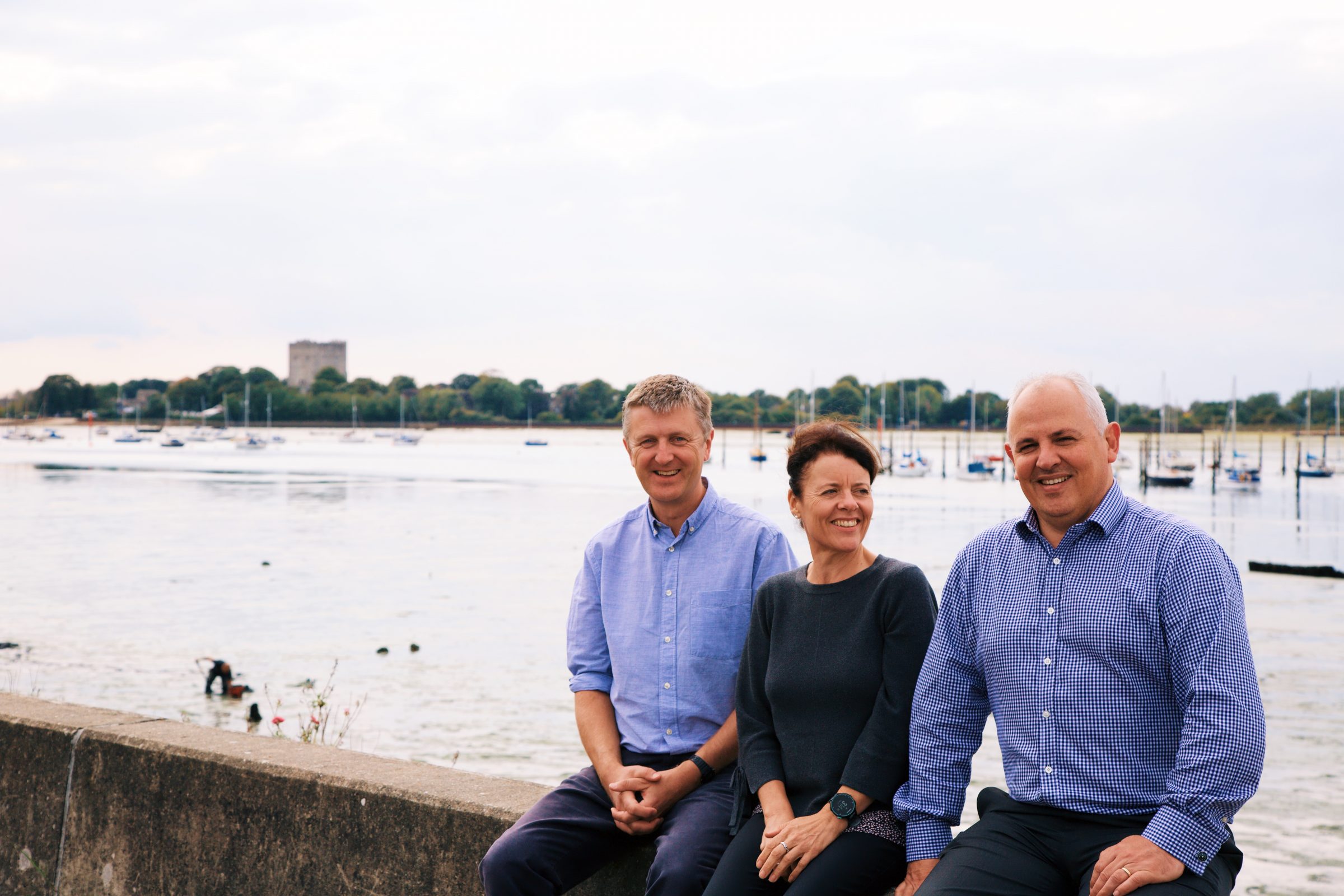 Q&A with our client – Tracey Lloyd-Jones, Director at AMT Evolve.

This month we caught up with Tracey Lloyd-Jones, Director at AMT Evolve – a Microsoft Office 365 consultancy based at our centre in Port Solent.

We chatted about Tracey’s role within the company, AMT’s apprenticeship scheme, ultra marathons, what Port Solent-ians get up to on their lunch break…and more!

Hi Tracey! Can you start by telling us a bit more about AMT Evolve?

Colin, our MD, started the business in September 2002 and ran it out of a room in his house. I met him shortly afterwards – he hired me to handle his VAT returns. As the business grew, I grew with it until I was here full-time and eventually became a director a few years ago.

AMT Evolve started out as a web development house, however as time went on, we decided that we wanted to put our focus onto consultancy. For 7 years, we’ve specialised in Office 365 consultancy and development, and work with businesses to make better use of their IT.

One of our key products that clients love is The Hub – a bespoke intranet solution, built on SharePoint, that is tailored to the individual needs of the client. Ultimately, we believe the success of our company has been due to the way we build relationships with our clients. We are not a ‘short term hand-over’ business, we partner with our clients to help them ‘evolve’.

When did you move into Pure Offices in Port Solent?

After running the business from Colin’s home, we set up a micro office near Portsmouth town centre and were there until about three years ago. The building was beginning to look tired, the operator wasn’t investing any money in it and it was getting to the point where we didn’t want to invite clients over.Around that time I bumped into someone who told me about Pure Offices in Port Solent which was in the process of being built at the time. I remember walking in with a hard hat and a Hi Vis vest on when it was just a shell – the offices were completely empty, aside from the ticker tape markings on the floor. I chose an office and we were the first people to move into the building in 2017!

What are some of your favourite things about the centre?

Well firstly, a lot of the people who work here – including myself – like the water. We’ve got sailors, paddle boarders, kayaks…the works! Between us we can supply equipment to those who don’t have it and we quite often go out kayaking and paddle boarding at lunchtime in the summer.

We’re so lucky in that respect – you just walk out the door and cross over the road and the water’s right there. I often go out for a nice walk around the marina with Julie Webber at lunchtime too.

The natural light and decor is great, but aesthetics aside I think many people in our centre would agree that it runs as well as it does because of our centre manager. Julie is super organised, very efficient and always has time for people.

Julie puts on networking events where everybody gets to eat cake, bake their own, and raise money for charity. This January she invited health and well being organisations in to run taster sessions for us. She keeps everyone on their toes and won’t allow any mess; as a consequence the centre always looks lovely.

Julie makes the centre what it is and we feel proud to bring clients here.

What do you like most about being a company director?

I love that I’ve been able to grow with the company. My background is in accountancy and I’ve worn many different hats over the years. Being made a director was a proud moment: it means I’ve been included in the company’s growth and have been part of the decision-making process.

I’ll be retiring in seven years hopefully, and I like to think we’ll have left a legacy. It’s a really solid business that grew from a one man band into a 25-person company.

Most people don’t quit AMT – we tend to add people but they don’t seem to leave. We’re part of an apprenticeship programme too and host students at degree level and A Level. One of our apprentices has just moved on to pursue computer security in the Royal Air Force. The other two are progressing with us and we’ll be looking to take on another soon. Our apprentices are part of our growth and are here to learn. Every time we’ve taken someone on we’ve said there will be no making cups of tea! We’re here to give them all the tools we can to enable them to make the most of their abilities. They get time off to study and take exams while earning money. As an employer it’s wonderful to be a part of that.

Did you have plans to become a director when you first joined the company?

No, it just kind of happened!

I’ve always strived to give my best and at one point the other two directors said to me, “well you’re in complete control of all the finances so you really should be on the board of directors and part of the company’s decision making.” I’d never thought of it before; I’d been married and had two young children, worked part-time and had my own small bookkeeping business. Growing with AMT is something that evolved over a period of time.

Does AMT have any growth plans?

Yes, we’re currently on an expansion plan. We’ve always been a small company but we decided a couple of years ago to take it a little bit further. We’re a flexible and inclusive company and look forward to growing together with our team.Our expansion programme means that we’ll probably outgrow the centre in the next year and a half, unfortunately. But if we could stay here we definitely would.

And finally, what do you like to get up to when you’re not in the office?

I’m an ultra marathon runner! I used to run as a teenager then got married and had kids and all of that – in other words, life got in the way. I started running again when I got divorced at 45 and I absolutely love it. In June 2019 I did a back-to-back marathon totalling 53.4 miles altogether. Actually, I got lost on it so ended up adding six extra miles (woops). My lovely son-in-law sadly passed away the next day following an un diagnosed heart condition, so I’m running in memory of him this year and raising funds for charity. I’m not planning on getting lost this time so it’s only going to be 53.4…I also love baking – that’s my empty head space time. When the stresses of life get in the way and I’m not running I’m in the kitchen baking something.

Tracey is raising money for c-r-y.org (Cardiac Risk in the Young).

To find out more about AMT Evolve, visit amtevolve.com.